Laraine Roblin graduated with LL.B Hons from the University of Wales Aberyswyth 1980.  She was called to the Bar at Lincoln's Inn in July 1981.  She did her pupillage in London, following on from which she obtained a tenancy and continued to practise in London until returning to her native Swansea in 1998.
Laraine practises exclusively in Family Law.  Her areas of expertise are: 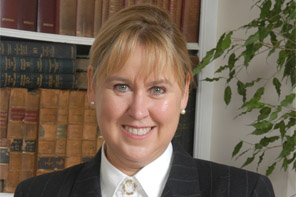