Born and raised in , Thomas attended until being awarded a 100 percent academic scholarship to the prestigious Queen Ethelburga’s in .  Thomas later returned to his native to read Law at the , Aberystwyth.

In 2007 Thomas was awarded the “Uthwatt Award” by the Honourable Society of Gray’s Inn enabling him to complete his Bar examinations at the University of Wales, Cardiff, leading to his being called to the Bar in July 2008.

Thomas undertook his Pupillage at Chambers and upon successful completion became a tenant in October 2010.

Since becoming a tenant, Thomas has developed his practice in the areas of Crime, Civil and Employment Law, practising across the entire Welsh Circuit.

Thomas has been regularly instructed on behalf of the Defence and the Prosecution in both the Magistrates and Crown Court.  Thomas has also been instructed in Criminal proceedings by several Local Authorities and the National Probation Service.  Thomas has prosecuted multi-handed trials in the and also Trials within the Crown Court.

Representing both Claimants and Respondents by means of written advice and at trial, Thomas has been instructed in contractual, licensing, housing, personal injury and road traffic disputes.  Thomas has accepted work on a conditional fee basis.

Thomas has been regularly instructed in Employment Tribunals by both the Free Representation Unit and private clients.  He has been involved in a variety of tribunals including those involving claims of unfair dismissal and age discrimination. 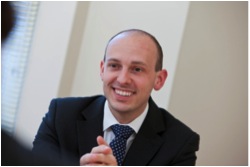